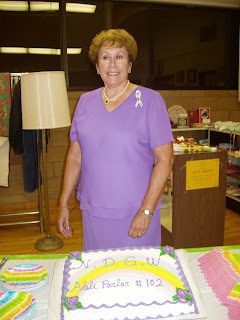 On August 11, 2011, Aleli Parlor installed their 2011-2012 corps of officers. President Barbara Thomas chose the theme "Over the Rainbow" with the colors of the rainbow rounding out her theme.  President Barbara reminded all of us, "Life is really beautiful and it depends on our outlook and how we shape it up to make things better for ourselves and the people around us."


Over the next year, the Parlor will be working toward implementing Grand President Marilynn Rodrigues' special project for the year--donations toward an education grant for returning veterans.

Marshal Rosemary Perez was installed at our September 8, 2011 meeting. 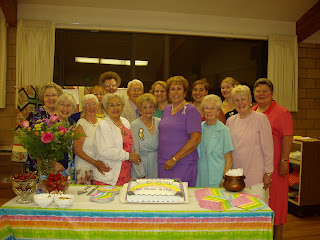 "Somewhere over the rainbow, skies are blue,
and the dreams that you dare to dream really do come true."
Posted by Aleli Parlor Native Daughters of the Golden West No comments:

Native Daughters of the Golden West Mission Restoration Committee is charged with the responsibility to support the restoration and preservation of the California Missions. The Committee directs restoration work with funds provided through donations. To assist in these efforts, District Parlors often host "Mission Restoration" luncheons.
On June 11, 2011, District 22 held their annual Mission Restoration Luncheon at the Active Seniors Hall in Salinas. The net profits from the event were donated to Native Daughters of the Golden West Charitable Foundation Inc. Committee (CFIC)-Mission Restoration, specifically designated for two of our local missions: Mission San San Antonio and Mission San Miguel.
Grand President Barbara Rowland was in attendance along with several of her Grand Officers: Grand Vice President Marilynn Rodrigues, Angelita Parlor No. 32; Grand Marshal Linda Galassi, El Vespero Parlor No. 118; and Suzi Riley, Grand Trustee, Bonita Parlor No. 10. A luncheon of grilled tri-tip and grilled chicken was served, catered by Turf Club Catering in Salinas.
Each District 22 Parlor donated a gift basket valued at $50.00. The baskets were raffled off with all of the raffle ticket proceeds donated to CFIC-Mission Restoration. We were able to raise $1,621.85 to help with future restoration projects at these two missions. Thank you to all who attended and all who donated!
Posted by Aleli Parlor Native Daughters of the Golden West No comments:

A Busy Year So Far! 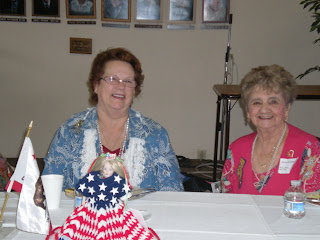