by Laura Lawrence, Aleli Parlor No. 102

In July 2016, Aleli Parlor sisters collected school supplies in support of United Way Monterey County’s 2016 Stuff the Bus school supply drive. Stuff the Bus is a nation-wide drive to gather basic school supplies for children who otherwise would not be able to afford them. Local United Way organizations across the country collect the supplies that students are required to have to be able to keep up in the classroom. Supplies collected stay in local communities.

Aleli Parlor Sister Kathryn Lawrence was particularly enthusiastic about collecting supplies for students. Kathryn is a senior at the University of Redlands and is studying to be a teacher. Aleli Parlor donated funds to purchase backpacks and Parlor sisters donated binders, pencils, paper, crayons and other supplies for Monterey County students in grades Kindergarten through Grade 12.

In Monterey County, there are over 7,000 students who are homeless. Stuff the Bus helps these kids start school equipped with the supplies they need to be ready to learn.  This year, United Way Monterey County collected enough backpacks to support 2,790 students! 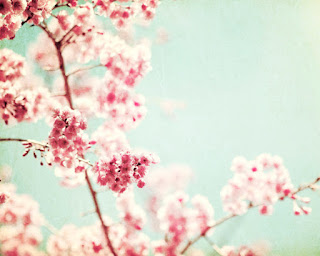 On August 11, 2016, Aleli Parlor will install Rita Dominy as President for the 2016-2017 term. She will be installed along with her corps of officers. Rita has been a member of the Native Daughters of the Golden West since November 1983. She has served in a variety of office in Aleli Parlor including, most recently, Trustee. We are happy to welcome her as our President for the coming year.

The theme for her installation is "One for All and All for One." Members and guests are asked to wear attire in mauve (pink), mint green or white, or any combination thereof. Cake and ice cream will be served after the installation. Please RSVP no later than Thursday, August 4, 2016 by e-mail to NDGW102@gmail.com.
Posted by Aleli Parlor NDGW Aleli Parlor No. 102 No comments:

The past few months have been eventful around Aleli Parlor and the District. Here are the highlights:

Bonnie Rasmussen 1927 – 2016
One of Aleli Parlor's longtime members, Bonnie Jane Rasmussen, passed away on April 6, 2016. Bonnie was born in Watsonville, California on November 23, 1927. Bonnie was a 55-year member of Native Daughters of The Golden West. She was currently serving as one of Aleli Parlor’s Trustees.

Aleli Parlor sisters will miss her spunk, her sense of humor, and most of all, her sisterly affection for her Native Daughter’s sisters.

Home Tea
On April 3, District 21 hosted their Annual Home Tea at the Adobe in San Juan Bautista. The event benefits our Native Daughter’s Home in San Francisco. Among other amenities, the Home has guest rooms for Native Daughters of the Golden West members and their guests to use while visiting the city of San Francisco.

The theme was “April Showers and Spring Flowers.” The tables were decorated with flowers and umbrellas. A catered luncheon featuring frittata, tea sandwiches, green salad, cupcakes and a variety of teas was served to all the guests in attendance.

A “buy and fly” rummage sale, raffle items, and direct donations helped to raise very close to $3,500!  This was the District’s most successful Home Tea to date!

Pajama Party
Aleli Parlor hosted a Pajama Party at their parlor meeting in May. Sisters got into the spirit of the evening by wearing their pajamas, robes and slippers to the meeting. The tables were decorated with quilts and stuffed animals. Joanne Reyes and Laura Lawrence provided a breakfast consisting of egg and potato casserole, fruit, pastries, and muffins prior to the business meeting. 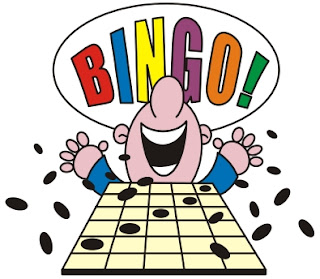 On Sunday, August 28, 2016, the Sisters of Aleli Parlor No. 102 will host our Second Annual Bingo Fundraiser at the Monterey Moose Lodge in Del Rey Oaks.  The event is open to the public and gives Aleli Parlor an opportunity to let the community know about Native Daughters of the Golden West, the non-profit foundations, and our Home in San Francisco.

Last year’s event was Aleli Parlor’s first fundraiser in many years. We were able to raise over $1,500 to support parlor activities and to fund community outreach programs. Please join us for Bingo fun and friendship on August 28.
Posted by Aleli Parlor NDGW Aleli Parlor No. 102 No comments:

On Sunday, November 1, 2015 the Sisters of Aleli Parlor No. 102 hosted a Bingo Fundraiser at the Monterey Moose Lodge in Del Rey Oaks, California.  The event was open to the public and gave Aleli Parlor an opportunity to let the community know about Native Daughters of the Golden West, the non-profit foundations, and our Home in San Francisco.

Thirty people attended, including members of Junipero Parlor No. 141 and San Juan Bautista Parlor No. 179 who also joined in the fun. Guests had the opportunity to play early-bird as well as regular Bingo games. Aleli Parlor members donated a variety of gift baskets for use as Bingo game prizes in addition to a plethora of raffle and door prizes. Pizza, nachos, homemade sweets, and other snacks were available for purchase.

The event, Aleli Parlor’s first fundraiser in many years, helped to raise over $1,500 to support parlor activities and to fund community outreach programs. Parlor members were pleased with the outcome and are planning another Bingo fundraiser in the summer of 2016.