What is Happening in Aleli Parlor? Everything! 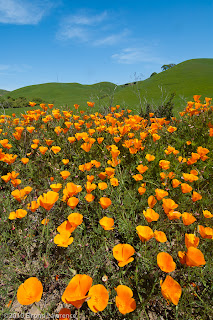 On August 9, 2012, San Juan Bautista Parlor No. 179 installed Aleli Parlor's corps of officers for the coming year.  After many years as Aleli Parlor's Financial Secretary, Marlene Wisdom was elected to the office of President for the Parlor.  The following officers were elected: 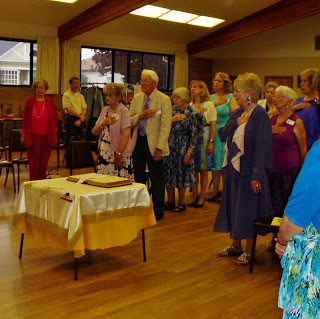 In September, Aleli Parlor initiated their newest member, Kathryn Lawrence.  Kathryn is the daughter of member Laura Lawrence and is a senior at Monte Vista Christian High School in Watsonville.  On September 23, 2012, the Parlor participated in "High Tea at the Adobe"--District 21's Annual Fundraiser to support the Native Daughters of the Golden West Home in San Francisco.  The tea was held at the Adobe in San Juan Bautista.  This year, the Parlors of District 21 raised $1,500.00 to support our beautiful home.

In October, the Parlor voted to donate funds to the NDGW Veteran's Welfare Committee and to the Food Bank for Monterey County.  Planning has also started for the District 21 Official Visit of Grand President Linda Galassi to be held on March 17, 2013.  Santa Cruz Parlor No. 26 is this year's host parlor.  The event will be held on the exact day of Santa Cruz Parlor's 125th Anniversary.  The event will be held at the Cocoanut Grove at the Santa Cruz Beach Boardwalk.

In November, the Parlor gathered for our annual Thanksgiving potluck before the meeting.  We also started planning for the NDGW Student Art Talent Contest.  The four local public high schools in Salinas will be participating.  Judging begins in February.  Aleli Parlor's final selection will submitted at the Grand Parlor Annual Meeting in June.  The Parlor also voted to buy a brick for the atrium wall in the NDGW Home in San Francisco.  The brick will be engraved "Aleli Parlor No. 102, Salinas, Chartered 1898."

In December, members donated a dozen full grocery bags of non-perishable food to donate to the Food Bank for Monterey County.  This has become an annual fundraiser for the Parlor.

In 2013, we look forward to our Official Visit of Grand President Linda Galassi in March, our Annual Mission Restoration Luncheon in May, and participating at the Grand Parlor Annual Meeting in June in Pleasanton, California.

If you are interested in attending a parlor meeting or becoming a parlor member, please do not hesitate to contact the parlor at our e-mail address: aleliparlor@gmail.com.

Posted by Aleli Parlor Native Daughters of the Golden West